We will have multiple keynote presentations during the workshop.

Dr. Cynthia Breazeal is a Professor at the MIT Media Lab where she founded and directs the Personal Robots Group. She is also Associate Director of the Media Lab in charge of new strategic initiatives and Director of MIT’s Initiative on Responsible AI for Social Empowerment and Education (RAISE) in collaboration with the Media Lab, Open Learning, and the Schwarzman College of Computing. She is a pioneer in the field of social robotics and human-robot interaction. Her research focuses on the design and real-world impact of personalized and emotionally engaging personified AI technologies that promote personal growth, learning, creativity and flourishing by people of all ages. She is author of the book ‘Designing Sociable Robots.’ She has been recognized as an AAAI Fellow and has been awarded the George R. Stibitz Computer & Communications Pioneer Award. She has spoken at prestigious venues such as TED, CES, SXSW, the World Economic Forum, and the United Nations on topics related to AI, innovation, and society. She is globally recognized as an award-winning innovator, designer, and entrepreneur. Her work has been recognized by the National Academy of Engineering, the National Design Awards, Technology Review’s TR100/35 Award. She was founder, Chief Scientist and Chief Experience Officer of the mass consumer home robotics startup, Jibo, Inc. Her trailblazing Jibo robot received numerous design and innovation awards and recognition by CES, Fast Company, Core 77, and TIME magazine’s Best Inventions in 2017 where Jibo was featured on the cover. She received her doctorate from MIT in Electrical Engineering and Computer Science in 2000.

Dr. Amy Loutfi is a Professor in Information Technology at Örebro University and leads the research group - AASS Machine Perception and Interaction Lab. Amy is also active in the programme management group for Wallenberg Autonomous Sensor Systems Programme in the AI branch. Amy Loutfi received her Ph.D. in Computer Science in 2006 with a research topic in machine perception. Specifically, she researched about how gas sensors could be integrated onto robotic platforms and how these robots can interact with humans in order to solve a range of problems that required sensing and perception. She has since broadened her research interests to include general research directions within machine perception, where AI methods like Machine learning are used for the interpretation of sensor data. She also has broadened her research in the area of Human Robot Interaction where she has studied HRI in various platforms that include fully autonomous robots, but also teleoperated robots. She has a long experience working with industry and the public sector on research projects dealing with AI, robotics and human-robot interaction. Dr. Bilge Mutlu is an associate professor of computer science, psychology (affiliate), and industrial engineering (affiliate) at the University of Wisconsin–Madison where he directs the People and Robots Laboratory and co-directs the Collaborative Robotics Laboratory. His research program focuses on building human-centered methods and principles to enable the design of robotic technologies and their successful integration into the human environment. He teaches the undergraduate and graduate courses in human-computer interaction on the UW–Madison campus. Dr. Mutlu has an interdisciplinary background that combines design, computer science, and social and cognitive psychology and a PhD in Human-Computer Interaction from Carnegie Mellon University. He is a former Fulbright fellow and recipient of the NSF CAREER award. His research has received 18 best paper awards and nominations and recognition in international press including the Economist, New Scientist, and Discovery News. More information on Dr. Mutlu and his research can be found at http://bilgemutlu.com and http://hci.cs.wisc.edu.

There will also be 5 panelists in our academic panel and 3 panelists and a moderator in our industry panel for the pioneers to interact with and learn from. 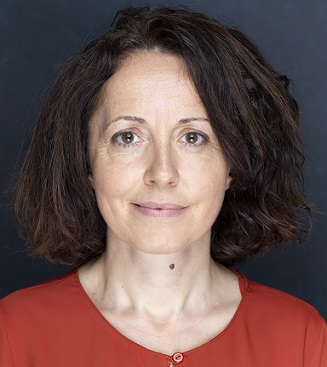 Dr. Hatice Gunes (Senior Member, IEEE) received the Ph.D. degree in computer science from the University of Technology Sydney, Australia. She is a Reader with the Department of Computer Science and Technology, University of Cambridge, UK, leading the Affective Intelligence and Robotics (AFAR) Lab. Her expertise is in the areas of affective computing and social signal processing cross-fertilizing research in human behaviour understanding, computer vision, machine learning, multimodal interaction, and human–robot interaction. She has published over 120 papers in these areas (H-index=33, citations > 5,600). Dr Gunes is the former President of the Association for the Advancement of Affective Computing (2017-2019), was the General Co-Chair of ACII 2019, and the Program Co-Chair of ACM/IEEE HRI 2020 and IEEE FG 2017. She was the Chair of the Steering Board of IEEE Transactions on Affective Computing (2017-2019) and is a member of the Human-Robot Interaction Steering Committee (2018-2021). She has also served as an Associate Editor for IEEE Transactions on Affective Computing, IEEE Transactions on Multimedia, and Image and Vision Computing Journal. Her research has been supported by various competitive grants, with funding from the Engineering and Physical Sciences Research Council UK (EPSRC), Innovate UK, British Council, and EU Horizon 2020. In 2019 she has been awarded the prestigious EPSRC Fellowship to investigate adaptive robotic emotional intelligence for well-being (2019-2024) and has been named a Faculty Fellow of the Alan Turing Institute – UK’s national centre for data science and artificial intelligence.

Dr. Tapomayukh "Tapo" Bhattacharjee is an NIH Ruth L. Kirschstein NRSA postdoctoral research associate in Computer Science & Engineering at the University of Washington working with Professor Siddhartha Srinivasa in the Personal Robotics Lab. He will be joining the Department of Computer Science at Cornell University as a tenure-track Assistant Professor in Summer 2021. His primary focus as a postdoc is on food manipulation in the context of assistive feeding tasks. He completed his Ph. D. in Robotics from Georgia Institute of Technology under the supervision of Professor Charlie Kemp. His Ph. D. dissertation was on rapid haptic perception using force and thermal sensing. He wants to enable robots to assist people with mobility limitations with tasks for daily living and he believes that allowing efficient and safe physical interactions between robots and their immediate environments is the key. His work spans the fields of human-robot interaction, haptic perception, and robot manipulation and focuses on addressing the fundamental research question on how to leverage robot-world physical interactions in unstructured human environments to perform relevant activities of daily living. His work has won Best Technical Advances Paper Award at HRI and Best Demonstration Award at NeurIPS.

Dr. Serena Ivaldi is a tenured research scientist at Inria, leading the humanoid and human-robot interaction activities of the Team Larsen in Inria Nancy, France. She obtained her Ph.D. in Humanoid Technologies in 2011 at the Italian Institute of Technology. Prior to joining Inria, she was a post-doctoral researcher in UPMC in Paris, France, then at the University of Darmstadt, Germany. She has been co-coordinator and PI of several collaborative projects, such as the EU projects CoDyCo (FP7) and AnDy (H2020), concerting the development of advanced anticipatory control and interaction skills for humanoid robots and exoskeletons. She has been developing whole-body tele-operation for the iCub humanoid robot and recently pioneered the use of exoskeletons in the ICU to physically assist physicians.

Dr. Greg Trafton is the section head for the Human and Machine Intelligence Section in the Artificial Intelligence Center at the Naval Research Laboratory. Greg received his BS in computer science with a second major in psychology from Trinity University, San Antonio, TX in 1989. He received an MA (1991) and Ph.D (1994) in cognitive psychology from Princeton University. Greg builds cognitive models and puts them on embodied systems to improve our understanding of people and interaction.

Dr. Aude Billard is full professor and head of the LASA laboratory at the School of Engineering at the Swiss Institute of Technology Lausanne (EPFL). She was a faculty member at the University of Southern California, prior to joining EPFL in 2003. She holds a B.Sc and M.Sc. in Physics from EPFL (1995) and a Ph.D. in Artificial Intelligence (1998) from the University of Edinburgh. She was the recipient of the Intel Corporation Teaching award, the Swiss National Science Foundation career award in 2002, the Outstanding Young Person in Science and Innovation from the Swiss Chamber of Commerce and the IEEE-RAS Best Reviewer Award. Her research spans the fields of machine learning and robotics with a particular emphasis on learning from sparse data and performing fast and robust retrieval. Her work finds application to robotics, human-robot / human-computer interaction and computational neuroscience. This research received best paper awards from IEEE T-RO, RSS, ICRA, IROS, Humanoids and ROMAN and was featured in premier venues (BBC, IEEE Spectrum, Wired).

Dr. Sean Andrist is a senior researcher at Microsoft Research in Redmond, Washington. His research interests involve designing, building, and evaluating socially interactive technologies that are physically situated in the open world, particularly embodied virtual agents and robots. He is currently working on the Platform for Situated Intelligence project, an open-source framework designed to accelerate research and development on a broad class of multimodal, integrative-AI applications. Sean received his PhD from the University of Wisconsin-Madison where he primarily researched effective social gaze behaviors in human-robot and human-agent interaction.

Dr. Katherine (Kate) Tsui has 14 years of experience in Human-Robot Interaction research. She holds a PhD in computer science from the University of Massachusetts Lowell (2014) and was a postdoctoral associate at Yale University (2014-2016). Dr. Tsui has developed robotic systems and user interfaces and interactions for people with cognitive and motor impairments as the target end-user, including a vision-based wheelchair-mounted robotic arm, social telepresence robots named Hugo and Margo, and a socially assistive robot named Maki. Over the last decade, she has worked with clinicians and end users from several special populations, including children with Autism Spectrum Disorder, teenagers and young adults with Cerebral Palsy, adults and seniors with Brain Injury, and deaf infants. Her human-robot interaction and human-computer interaction research interests stem from the cross section of computer science, robotics, and assistive technology. She is passionate about increasing the quality of life for all people using robotic devices.

Dr. Bill Smart is a Professor in the Robotics Program at Oregon State University, where he is also an Associate Director of the Collaborative Robotics and Intelligent Systems (CoRIS Institute). He is currently splitting his time with Amazon as an Amazon Scholar, and is also a Fellow of the AAAS Leshner Leadership Institute for Public Engagement with Science. His research focuses on human robot interaction, long-term autonomy, and the interaction between robotics, law, and policy. He has been involved in the HRI conference since the beginning, and was general chair (along with Julie Adams) in 2015.

Andra Keay (Moderator) is the Managing Director of Silicon Valley Robotics, the non-profit industry group supporting innovation and commercialization of robotics technologies. She is a global ecosystem builder, a trained futurist, founder of the Good Robot Awards, Robot Launch global startup competition, Robot Garden maker space, Women in Robotics and is a mentor, investor and advisor to startups, accelerators and think tanks, dedicated to growing ethical and equitable Autonomous Intelligent Systems (AIS). She is also a Visiting Scholar with the UC’s CITRIS People and Robots Research Group.